Been a while but finally I've got a moment to update my journal, lol. Saturday night, Andera (my TF101-B1) slid off the mattress and ended up with a blank screen, and briefly some green garbles. The backlight was still working and my tablets survived the same and worse landings unscratched so, plus I know what kind of guts these things are made out of, so I knew it couldn't possibly be hardware failure. The photo's I took are all captioned and in an Album here.

Determined, on Sunday I went out in search of a torx screwdriver. As it happens, Fry's didn't have any T5's left, just T6's and the threads over at xda-developers said T5. So I spent the worst $10 of my life, on one of these. It's a real piece of shit beyond the driver bits. Turns out though that some joker decided to stuff a Phillips PH000 in place of a Torx T5, and not include the T5 anywhere \o/. Fucking bastards! But on the upside that was the right size for the Phillips screws I had to work with.

So I ended up undoing the torxex on the bottom (by the docking port) with a T6, and left one of them stripped by the time I was done. After that it was time to pry off the bezel, which I did a dandy number on; when putting it back on resulted in a barely working power button,I pryed it  up and used gravity to fix the power button before snapping it back in. What I found was that it's a lot easier to pry off from the back end, YouTubest be damned. 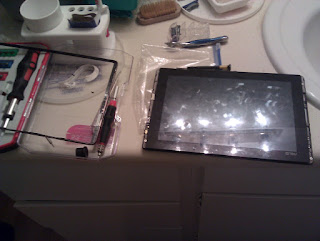 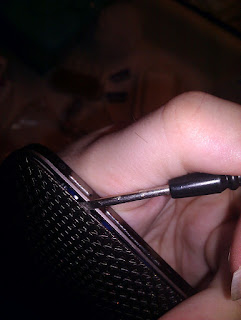 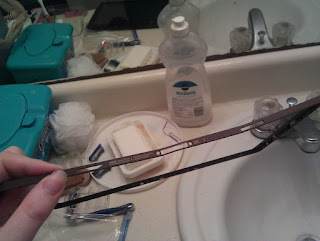 There are three screws on top and bottom, and two on each side. I kinda missed the top three taking off the back plate so it might be good that it's just cheap plastic. 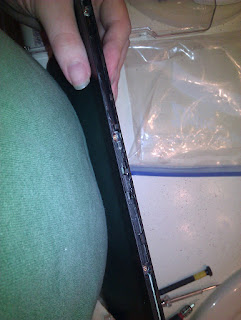 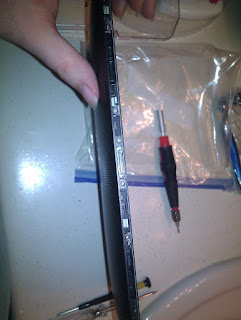 Getting the base plate on/off was easy. Also under the metal plate that goes over the battery, is an empty space that looks like it is where you would install the 3G modem on a TF101-G. 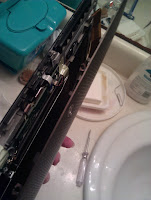 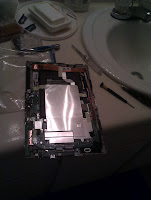 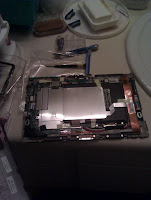 Most of the connectors are the ugly ribbon goes into stupid pin slot with flip holder kind of Flexible Flat Cable thingy. I hate those and don't know why they are so popular, but alas, I didn't build the darn thing or design it. So next up I had to figure out which one is the one I needed, I tried all of them that were readily accessible just to be safe (bad idea).

In my poking around xda-developer's I found a link to somewhere that sells replacement screens, that told me where to find it. There is even a YouTube video on the whole procedure (I'll edit in a link from my browser history later). I personally found it easier to remove the power connector so I could access the video FFC better: 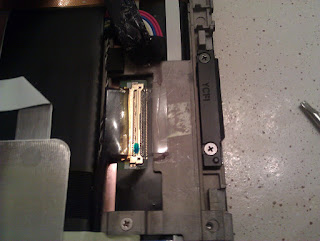 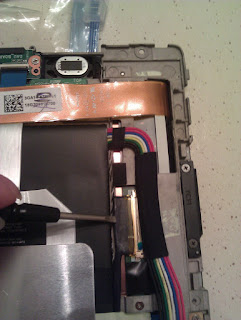 To be sure I was right or would more likely figure out what it does (in case of gross ID10T error on my part), I pulled it and reseated it very firmly. 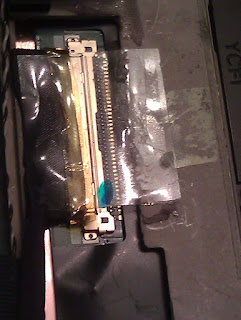 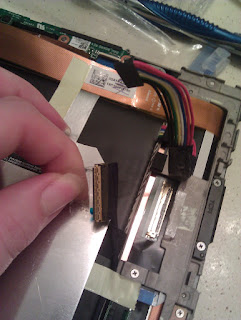 Fired it up and voila! The touch screen was working. So I studied how much I fractured my bezel and put it back together, note carefully that the holes nearest the docking port are for the TORX screws that go in LAST! 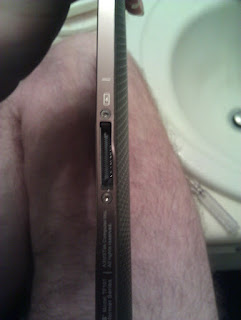 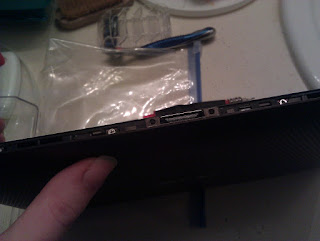 On boot up, everything went perfectly well until I noticed that back and home didn't work. A little bit of testing showed that entire portion of the touch screen is not getting any touch events :'(. I'm not sure if it's another ribbon out of place or just that I missed a couple screws on the back plate (d'oh). But since I  have the dock, I'm pretty much able to use it. The one torx is now too stripped to drive, so until I figure out a solution to that, Andera is missing touch input on the left most (view able) inch of the screen. 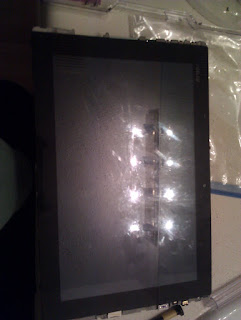 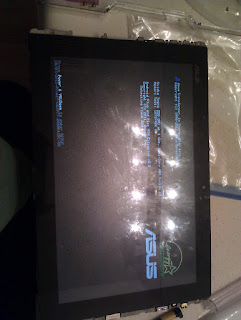 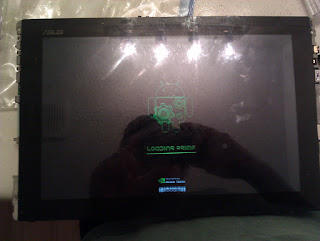 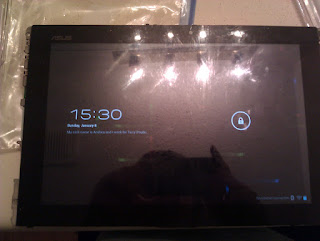 I don't have a drill or I would just hit the hardware store for a drill bit to get the sucker out, and trust me,  my trusty awl doesn't seem to one to carve a slot in it. Don't have any rubber bands good enough to try, so I'm thinking about grabbing a tube of epoxy on the way home from work and see what happens....if I can fix it, I'm gonna fucking fix it! In the mean time, I've ordered a Transformer Prime / TF201-B1, because the best I can get here is a TF101-A1; and I'm already using over 10GB on my TF101-B1, so $400+whatever memory card Best Buy has, is not worth it. Like wise, if I'm getting stuck spending so much money, may as well buy the prime instead of a later version of TF101-B1 (mines a B50 with no Q/C issues). I'm very partial to my mid-generation TF101....


Oh, btw don't forget to put the screws in the back plate if you try this at home. 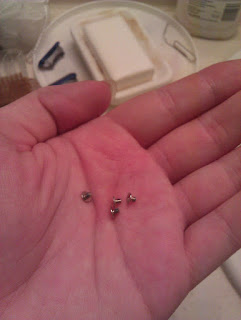