Breffo Spiderpodiums as an Xbox controller caddy and headphone stand

The Breffo Spiderpodium was originally made with holding an iPhone in mind, but I have to admit that it works pretty good as an Xbox controller caddy. 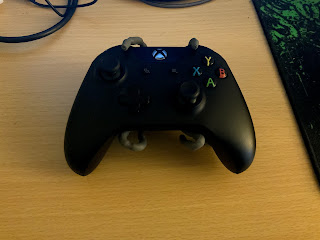 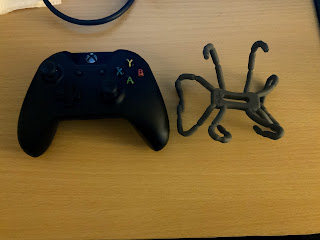 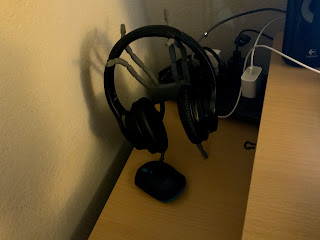 Plus whatever Breffo’s definition of British steel or whatever the interior is made out of, I’ve never actually managed to break one of these things. The most damage I’ve ever done is melting the plastic a bit by hanging one out of my car’s air vents for a lustrum or more.
Posted by Terry Poulin at 11/23/2019 10:33:00 AM