For me the distinction on Rimuru between 16 and 32 GB of RAM, has more to do with the my goal for the machine to last 10 years of service life. Centauri retired after 8, and I had designed it with 5 in mind.

So I decided to acquire two sticks of the same kind of memory, and fill the other two slots while it's still possible to get them. Actually, I think this is the first time one of my personal machines has had 4 largely identical sticks; only difference is the color to help ID the slots. 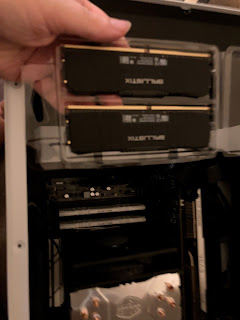 On most of my Windows machines, it's not uncommon for my "Idle" to hover somewhere between 3.5 ~ 6.5 GB of memory. Centuari had been designed as a 2x4=8 GB machine that grew to a 12 GB when her older sister, Dahlia was decommissioned.
Since my "Work" environment already stresses the hell out of my laptop's 16 GB, I decided Rimuru's decade outlook called for 32 GB. 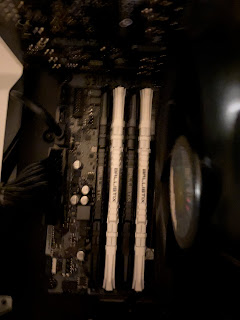 Running a single go of PassMark's Linux version in WSL2, I had scores of 3298 before and 3520 on the Memory Mark. Which at least confirms to me no performance lossage, that shouldn't occur because there's no reason. I like verification. The difference between scores is within margin. 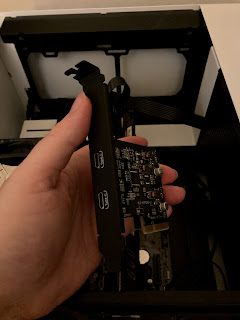 One of the aspects of my old ass Logitech 2.1 system going wonkers was replacing it with a set of Creative Pebble v3s. Since the speakers' USB mode would only function on any of my machine's via USB-C, that's been consuming Rimiru's lone front USB-C port. 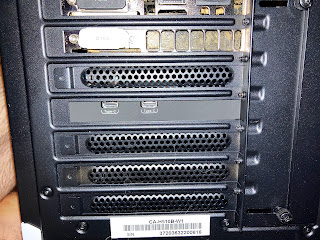 Well, now I have a pair of 10 Gbit/s rated USB-C ports in the back. Problem solved.

If I was a genius, I would probably put a C to C or a C to Micro 3.0 cable in the other port and route it to my desk/monitor area. Much as I have a USB-A 3.0 extension that makes it easier to hook up hard drives and Xbox controllers and such.