Another picture of comfort. 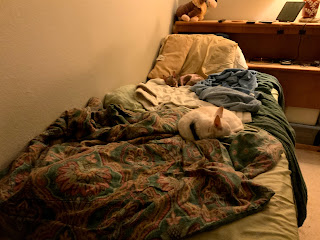 Signs that I really liked a game: when I’ll buy it on another platform.

Resident Evil 0 was probably on sale when I bought it on Steam. Mostly, I got it because it would be the most like what I grew up with: the original Resident Evil, dual shock, and director’s cut editions. While I had very mixed feelings about Resident Evil HD, since it invalidates everything I remember: I really enjoyed zero. Haven’t cared too much for most of the series since the original trilogy, and had never played zero.

Thus, seeing it on Xbox sale for $5...no brainer. The only real negative from my time with it on Steam was how hard it is to actually hit the giant ass bat monster....lol 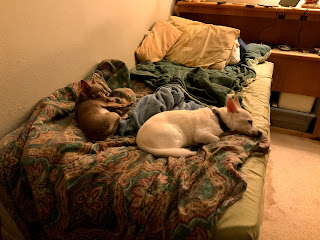 The M1 laptops cresting the horizon are a unique view for me. See, my iPad Pro is the first, and to date, only Apple product I’ve ever owned. Even then it was only partly by choice. But ever since my first Android tablet, the Asus Eee PAD Transformer TF01: I’ve desired to see ARM based laptops and desktops be a real thing.

Thus it is safe to say that I find Apple’s new Macs intensely interesting in a way I haven’t looked at them in years. Back when there was no real alternative to the MacBook Air, I found the machine interesting; along with the desire for a Retina screen on the smaller model. I don’t think there’s ever really been a MacBook Pro released that I cared about, on that end of the spectrum we’d have to look backwards to the Power era for me to largely give half a fuck. Most of Apple’s computers are simply too expensive for my tastes, which usually ends all temptation from square one.

I find it interesting how times have changed. The new Air would be a great laptop for my traditional use cases. Not so much a development system though. As hardware it’s a super win, as software not so much.

But there’s the real caveat. For most that I really do with laptops that warrants such a price tag: I need Linux x86-64 software compatibility. Plus, I have a strong desire for 32 GB of memory with how much pressure my 16 GB Latitude has been under for years. In fact, above xterm level there’s it much about macOS that I actually care about compared to NT or Android. The best reason to buy a MacBook in my views have generally been if OS X is your bag, and most folks I’ve known who fit that bill, live in their GUI. For me the only reason to care about macOS is that it’s got Unix underpinning it’s shit.

While my afternoon could probably be summed up by Star Wars; Squadrons, Willow was incredibly smart and took a sublimly comfortable nap. 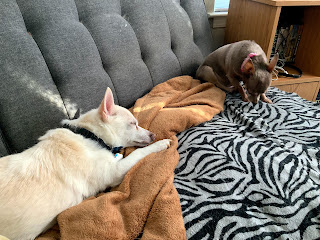 I planned ahead what my cooking schedule would look like, so I wouldn’t have to worry much about defrosting time, prep, cooking, or resting times. Likewise the order to do things. Momma did teach me a thing or two in the kitchen 👍. Willow on the other hand stole the show for cuteness. 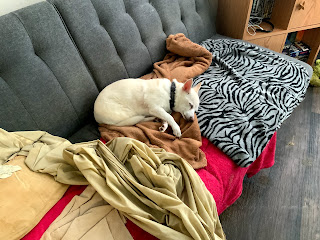 Growing up my my mother only made turkey once a year, and decided if she was working so hard: she was going to make a huge turkey. Whether it was four of us, or two of us, what that really meant was an average of 22 lbs of bird every thanksgiving. Every year, I’d usually make light of that, lol. Left to my own devices sometimes I don’t even make turkey for thanksgiving. 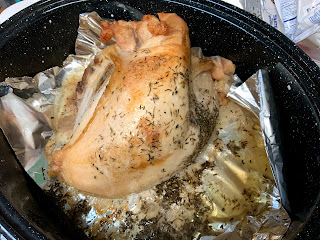 Since it’s just me, and three hungry dogs: I opted to get the smallest turkey breast I could find. Still too damned much food, lol. Combined with the side dishes, I’m pretty sure that I could have fed another three people. 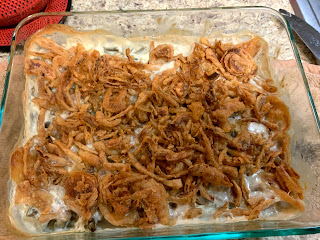 One of the things my brother’s first marriage brought into our family traditions was green bean casserole. Something that yet survives, and fills bellies. When you’re choking down turkey for weeks, you learn to appreciate the sides, lol. 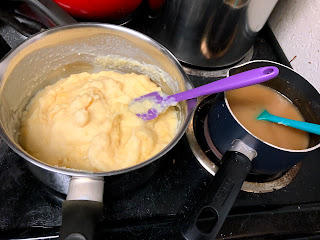 The family sized package of four cheese mashed potatoes was definitely a good plan. Kroger turkey gravy on the other hand is some of the most salty gravy I’ve ever tasted. Compared to my mother’s thanksgiving plans, my selection of food is rather modest and simple. She often made so much, you could probably have fed the neighborhood for a day instead of us for weeks. 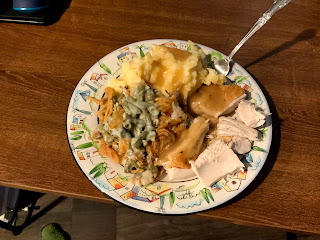 Needless to say, my solution to the holiday resulted in a very full belly. Despite ample pre-dinner snackage, Willow tried to steal turkey twice. It’s probably a good thing I kept their share towards the edge, lol. 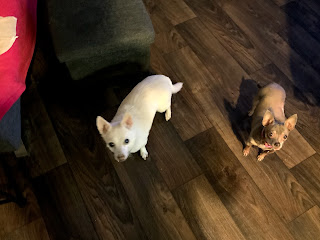 The hungry minions were very well fed with their share of turkey. Which is kind of special, because I rarely will make turkey. They really, really love turkey and chicken; and Willow is especially inclined to pilfer fish. 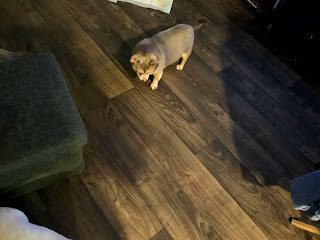 Plus I had bought a can of something yummy for their post dinner treat. 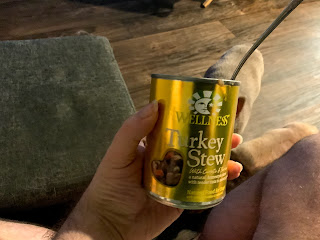 Passing thought: spending thanksgiving morning knee deep in the dead, playing doom. Unsure if I’m getting old, or just have really good taste in how to pass time waiting for downloads to finish 😆

While I’d say the title sucks, this was a surprisingly nice article.

For me the attraction of ARM has generally been the power efficiency rather than the raw performance. Intel has had to squeeze it’s ass down the don’t chainsaw the battery life to death until you’re actually under load path. Something they’ve done pretty well; modern x86 processors tend to last a long ass time until you start demanding the heavy duty performance. A fair trade if you want a laptop with both practical battery life and serious performance. Meanwhile ARM processors I’ve used have put x86 to shame in terms of endurance, and they’ve had to squeeze their ass down the track of delivering heavy duty performance.

Personally, I’m not highly attached to x86. My focus on Unix systems means my cart is hitched to the source compatibility wagon. Where PCs have long tended to favor the ease of running someone else’s compiled binaries ad nauseum. I’ve been hoping that Microsoft’s greater push at Windows on ARM will eventually shove the PC world away from a single ISA family.

From the prospect of Linux, my experience has best been summarized as user space is just honky dory, and damn you graphic drivers. That is to say, things like hardware accelerated rendering and decoding have been more problematic, but for most things it still amounts to apt-get and move on.

Tonight's movie was one I haven't seen in quite a few years: Mr. Smith Goes to Washington. Still as great a film as I remember.

Most movies from the time period: I find tend to have a rather upbeat tone. Mr. Smith leads in with much of that upbeatness, and uses it to build something much darker as it crushes Stewart's character like an egg. Brings tears to my eyes when Sander's finds Smith at the memorial: ready to call it quits on all that huuy, and she encourages him to stand up and fight.

The good natured everyman isn't a rare character in Capra's films back then. But Jeff Smith is a curious one. Ever first to admit he shouldn't be there: he's quickly sucked in to a vacuum and torn apart by the political machine running his state. Edward Arnold and Claude Rains serve as the film's direct villain's, respectively as Jim Taylor the shots caller and Joseph Paine the Senator.

I kind of like how it shows the latter as beyond redemption. Senior Senator Paine quickly toes the machine's line with every bit the villainy shy of physical assault, yet the good trickles through. He may have become compromised over the years, but isn't so far gone as to be himself, a lost cause. Combined these lend a lot of weight to the big finish as Smith is hauled off the Senate floor.

Hmm, what was it Superman used to say? Truth, justice, and the American way? Yeah. Something like that. Makes sense that at the time, Mr. Smith Goes to Washington wasn't well regarded by our Senate. On the flip side it also makes sense that The Library of Congress picked it as one of the first films for the NFR's preservation effort.

Email ThisBlogThis!Share to TwitterShare to FacebookShare to Pinterest
Labels: movies

Chili with some leftover noodles mixed in, and a prewarmed load of cheese on top, was definitely a great dinner plan. 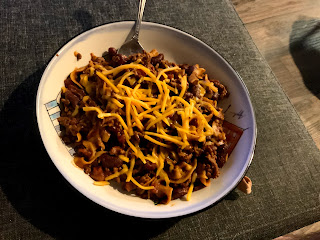 I promised Willow the wait would be worth it. 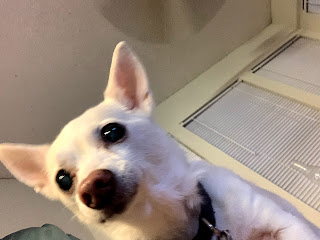 Also pretty sure that for a can of meat and gravy bits, she would do a backflip if she knew how and thought it would get her an extra helping. 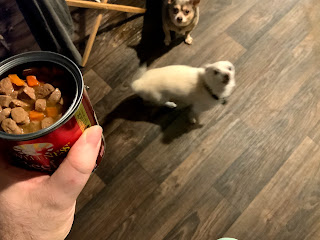 Over compensating: when a power nap on the couch replaced your entire day’s coffee intake, and the concept of an after dinner coffee sounds even more appealing than normal.

Usually I stop with the coffee some hours before dinner, for fear of not sleeping; despite my love of coffee, lol.

How the goonie birds spent the weekend. 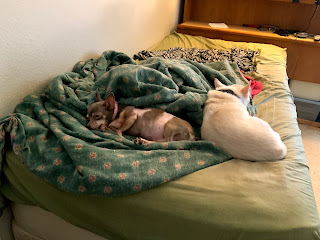 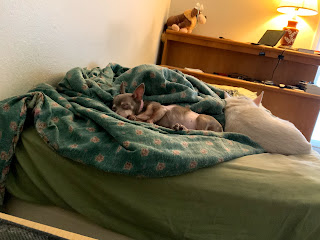 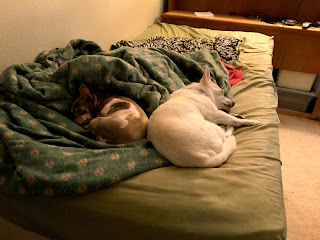 Next time I buy pillows, I think I’m going to put an old one in that corner, with how much Corky likes it for his nappy spot during the day. 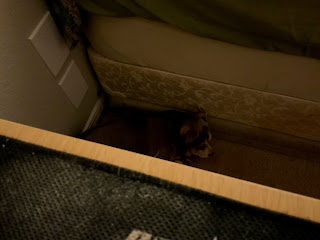 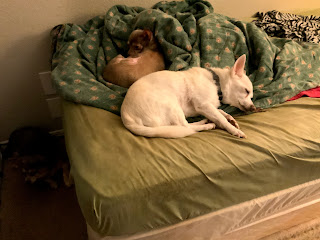 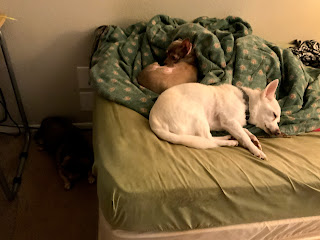 After 20 years of service, the Space Station flies into an uncertain future

I’m curious what the future holds. A long time ago, I felt that planning to run the ISS for such a short period was disappointing compared to the costs. You could say that I’m still inclined to believe it should remain, whether that’s systematically replacing things or building anew.

Personally, I’m impressed that humanity has managed to pull off the International part in International Space Station so well. Certainly, it’s been a better outlook than our ancestors had. Hmm, I wonder how many people built bomb shelters back in the ‘60s....lol.